This is one guide that will take your SCCM skills and environment to a whole new level ! This would give you good insight into your infra and also let you understand how the enterprise class Microsoft Suite is behaving under the hood. The guide has also been implemented in several real world production environments and has brought the server systems availability & performance up by 5-10 %.

This guide will also get your environment standardized, organized – get you insights into health on a perspective no tool or query can. Additionally it can be used for expansion / consolidation / migration / upgrades and Configuration Drifts. The logic can also be transmuted to any application which would have heavy configuration and optimization requirements.

SCCM/ConfigMgr Infrastructure covers the entire globe, there are multiple servers catering each location and they have numerous SCCM installations and their configurations have drifted over the time.

The SCCM configurations are currently too varied and we are not receiving the optimum performance from the servers and also facing issues day to day.

4 areas that are currently drifting or problematic ::

Document all your findings in the Holistic Standardization and Fine Tuning.

Use the Powershell scripts attached to find the expensive and lengthy collection refresh cycles. 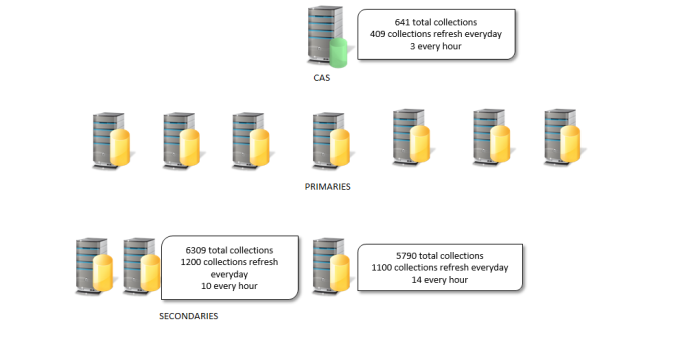 From the above captures its obvious there is a configuration drift and non-standard modifications which have been made – maybe even for temporary periods – but get forgotten over time. One classic example is application/OS deployments – where ConfigMgr can be ‘tuned up’ to deliver and deploy faster – but this is not required in day to day operations.

1.Backup [Configuration to be set in 1 go]

3.Maintenance Tasks [Pilot on 2 Primaries and rest in Production]

4.Collections [Pilot on 2 Primaries and rest in Production]

The standardization sheet would be the template of reference for any deviation from desired configuration. 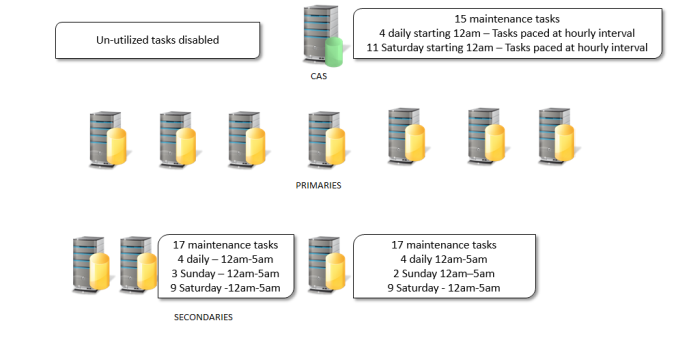 4 areas that get corrected ::

Future migration and baseline maintenance, quarterly re-run of the above checks.

Ease of configuration for the new SCCM environment and upgrades. 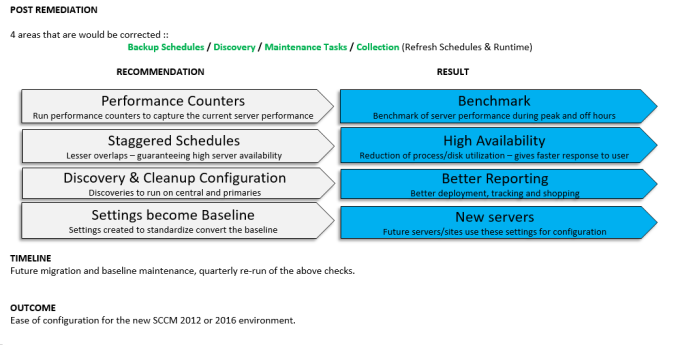